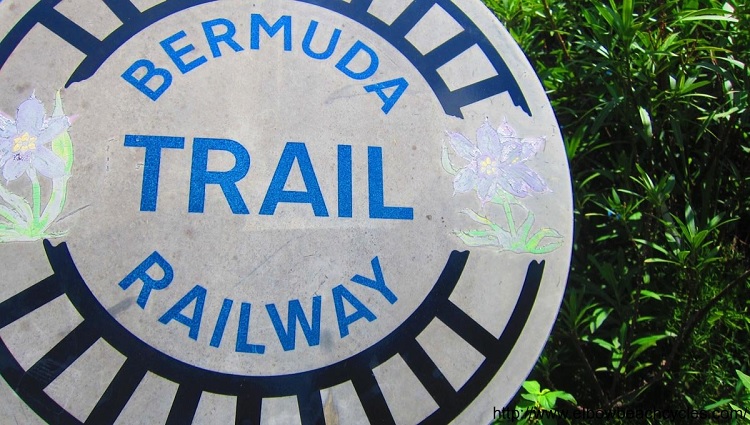 Spreading throughout the island from dot to dot, Bermuda railway train is definitely the most vivid and gorgeous natural scenic temptation in Bermuda that provides the overwhelming opportunity of exploring Bermuda island. It is spread across 18 miles in this park along with the abandoned railway trial out of 22 meters of original railway track.

The railroad travels through the enchanting coastlines and landscape in these 18 jocund miles. One might explore the breathing sight of the scenery either by a bicycle or on foot.

The track also called Old Rattle, and Shake was inaugurated at the time when the railways in Bermuda used to be the primary or major means of transportation. It was under operation from 1931 to 1948 starting from St. George’s Station located in the east till to the west, Somerset Station.

But it was only in 1964 that the abandoned track was converted into walkers as well as cyclists trail. Later in 1986, it finally received the dignity of National Park. 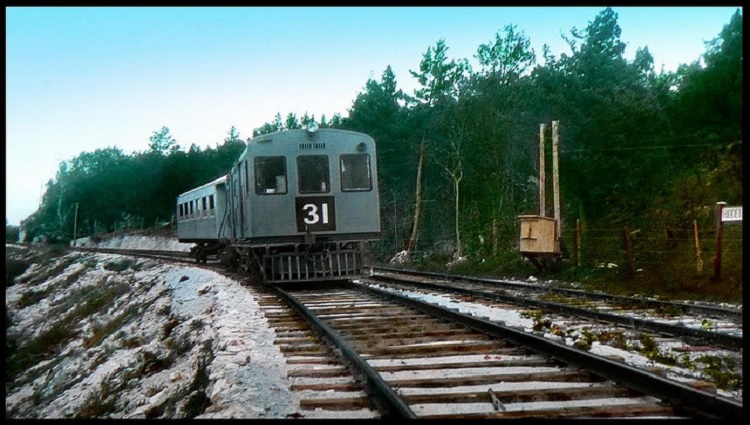 Why Was The Track Abandoned?

The tracks used to be in action from 6 in the morning till midnight at an interval of one or two hours time. It was largely used by general commuters, shoppers as well as school children. It was due to the absence of automobiles in Bermuda. But once the private means of transportation was introduced, something else drew authority’s attention. The fact is that the tourists especially went there in a frolic of the scenic beauty and charm surrounding the railway track. Moreover, the mesmerizing ocean only added to its beauty.

In those days, the Bermuda Railways used to conduct special sightseeing programs for the ship passengers. The railway track could be spotted all along the coastline.

Gradually it turned hard to cop up with the maintenance cost of the extremely expensive rail track. Most Of the parts of these 22 miles stretched rail track were build of metal or wooden bridges that were destined to travel across a number of parts of the giant ocean along the coastline, turning the maintenance to be harder as well as more expensive. Basic issues of rotting and corroding became a frequent and major problem in its graphical and climate scenario. Therefore, the Bermuda government finally took a decision in 1948, announcing the closing down of the railways for all good reasons.

The Birth of National Park

At present, the old railway track had emerged as a wonderful cycling and walking destination with its peaceful and mirthful backdrop. The whole trail is so large that it is almost impossible to cover the whole of it in just one day’s time. These trail roads are linked to various points of the coastline aid the Railway trail to Bermuda. So, one might begin the journey from one point in accordance with their convenience.

The Journey from East to West

The beautiful journey of the old railway trail of Bermuda can be traced from St George. It travels all the way through the central regions that include the city of Hamilton and finally comes to a standstill at Somerset in the West. Many of its section even runs all through the northern shore of Bermuda as well.

The Bermuda railway trail track is basically divided into nine sections through various parishes of Bermuda. It might go for hiking with your friends and family in the lap of beautifully dressed nature. At certain points, you might even get off the trail to have a meditating walk along the beach area. 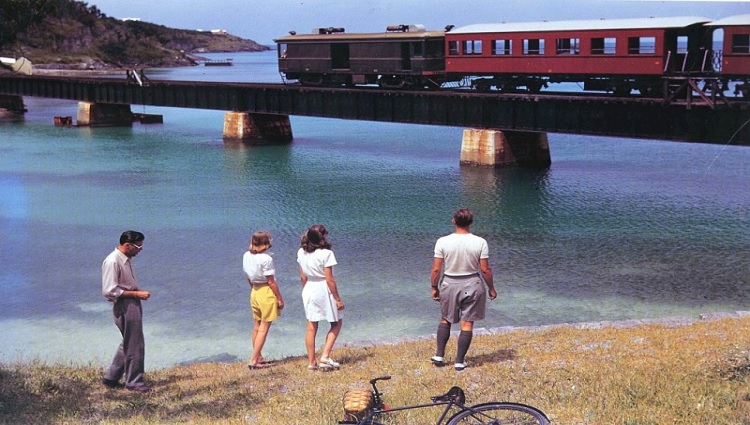 The Joy of Wandering Along the Rail Trail

As mentioned earlier, the track is partitioned into nine sections, that ranges from 1 mile to as long as 3¾ miles. Due to its connection with various parishes of the island, once you get onto the track from any point, all that will attach your breath and eyes will be an extreme scenic beauty. As you are cycling or walking along the way, you will come face to face with the varied terrain regions, some of them being flat whereas some sections are paved with steep slopes and bumpy bridges that add up the challenges and thrill to your cycling expedition.

The bicycle is basically suggested if you are tempted to cover most of the railway trail. But you must also be aware of the area a bit since the railway trail is not continuous but broken into segments.

If you are finally up to the idea of starting off with your journey here, then pack up some extra time in your luggage and don’t forget to take your camera with you.

You might come across a scenic geek along the intimate beaches or while meandering through the old-fashioned bridges with plants and flora. In a nutshell, you never know what sort of beautiful and memorable experience this large rail track will lead you to.