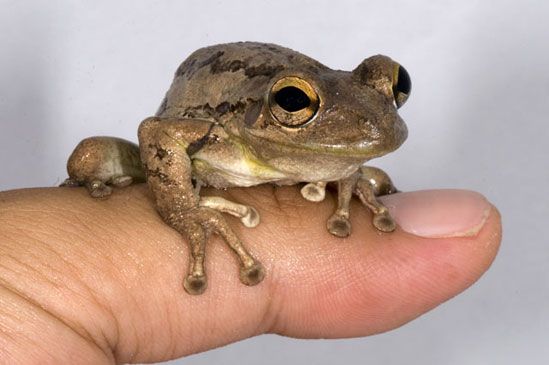 Bermuda Island has a unique set of things that make it stand out as a unique place on earth. Our British territory has a mixture of American culture but it is the natural environment and animals that make it exceptional. Bermuda may be a beautiful Island known for its playful dolphins but it also comes with other issues. The Singing Tree Frog is among the unique animals found here that give the island its reputation. If you have been here you will know that the singing Tree Frog is not a very pleasant thing to experience especially because it occurs at night when you are trying to get your sleep.

The song of the Whistling Tree Frogs fills the Bermuda night sesonally. Other unique animals found her are the Bermuda Skink, Diamondback Terrapin, Hawksbill Turtle, the Red-eared slider, geckos, and toads. This is a natural habitat way into the Atlantic that allows them to thrive.

The most amazing thing is that when you finally get to see the creature that distracted you from sleeping, you will be shocked at their size. The infamous frog is about the size of your fingernail when fully grown into adulthood. You will however, be lucky to catch one because they are nocturnal animals too. It is amazing that such small tiny thing can produce all the big noise. The amphibian may be slight in stature but admittedly huge in its presence.

The Family of the Bermuda Singing Tree Frog has two main species discussed below;

The Eleutherodactylus Johnstonei was first discovered in Pembroke in the mid19th Century. The species is common in Bermuda but also found in Barbados and Grenada where it is believed to originate. It is yet to reach the surrounding smaller islands but is in abundance in Bermuda. Warm nights and those after heavy rains are the noisiest especially in Bermuda. The male is responsible for the louder ‘gleep gleep’ mating sounds. Like other frogs, they inflate and deflate the large throat pouch to give out that unmistakable loud sound that spreads around the island. This Eleutherodactylus Johnstonei male is barely an inch long (2.2 cm) while the adult female stretches to 2.8 cm, which is 1.1 of an inch.

This species spots a smooth skin with a light-colored underneath and greyish brown to orange-brown or pinkish on the back with dark markings. Like other whistling frogs, the Eleutherodactylus Johnstonei have slender toes with suction cups that allow them to climb easily. Their lightweight allows them to climb even on glass. This means you can find them indoors especially if you sleep with your windows open on warm nights. It is not a pleasant thing to have one during the night in your bedroom.

The Eleutherodactylus Johnstonei species is a useful agricultural assistant. It helps in pest control by feeding on ants and aphids to keep your crops free from destruction in their early stages. Apart from being natural pest control agents, they do not destroy any crops because they do not feed on them. This symbiotic relationship is essential for farming and is what the farmers in Bermuda and Grenada benefit from and enjoy.

Like its close species from Grenada, this is also a Caribbean whistling frog believed to have come from Jamaica. The species must have arrived here on incoming plants before the end of the 19th Centurty. It was first discovered in Paget and Warwick in 1895 and moved to Devonshire. Unlike the E Johnstonei, the Gossei is not as slender but equally similar in length. It has a light to dark grey back with a lighter underneath section. A light colored line runs down from the head all the way to the back making them unmistakable. There is also a distinguishable black bar on either side of the head running form the nostrils to the eyes. To identify the E Gossei correctly, observe the line on the back and head.

The mating sounds produced by the male Eleutherodactylus Gossei is a continuous ‘Tew tew’ and may ring across the island the entire night. The mating sounds are the distinguishing factor between the two species.

This species was not as abundant in population as the former. Recently, its absence has been noted and despite efforts to locate it, the Eleutherodactylus Gossei has not been found. It is highly likely that the species has been extirpated. Although it is sad to note that the frog may have gone extinct, there are not explanations for the disappearance. After surviving and thriving in the region for long,

After the rains or during warm nights, the Bermuda Singing Tree Frog will be loudest and unmistakable. Locals are used to the chirps and can sleep comfortably. However, if you are used to a quiet night, you may not have the opportunity to enjoy a good night’s sleep in certain seasons on the island. The Bermuda singing frogs are still loved for their uniqueness. Although one species is extinct, The British government has invested in ensuring that the remaining superior species is observed and allowed to thrive in its natural habitat.